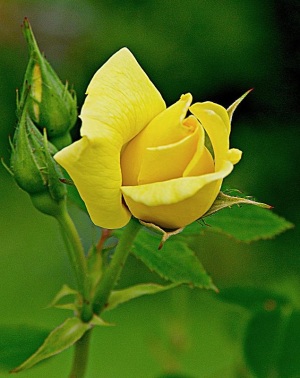 Seiko Fojtasek, age 91 of Temple, passed from this life Saturday, August 6, 2022, at Baylor Scott & White Hospital in Temple. Funeral services will be held at 10 am Tuesday, August 16, 2022, at Ocker Brethren Church in Zabcikville, Texas. A time of visitation will be held from 5-7 pm Monday, August 15, 2022, at Harper-Talasek Funeral Home in Temple.

Seiko was born on December 8, 1930, to Katsuma and Tsubomi Sakamoto in Hishigata, Kamoto, Kumamoto, Japan. She met Emil Raymond Fojtasek, Jr., “Junior,” while he was in the Navy and stationed in Japan, and they married in Yokohama, Japan on July 24, 1951. She left her home, family, and country to follow her husband during his career with the Navy. After Japan, Junior was transferred to Hawaii where their first son, Marvin, was born, then to Washington where their daughter, Pat, and son, Neil, were born. During Junior’s next assignment, Seiko lived with his parents in Temple, TX, where their third son, Glenn, was born. The next assignment was to California, where their fourth son, Ronnie, was born, followed by North Bend, Oregon and then a ship homeported in San Diego, California. Junior retired from the Navy in 1968 and moved the family to his hometown, Temple, TX, where he was born and raised. Junior died in a car accident in 1970 and Seiko raised her 5 children alone, working in a sewing factory, hospital laundry, and on a Texas Instruments assembly line to support them. After retiring from Texas Instruments, she served as a “sewing lady” in the VA Hospital volunteer sewing room for over 20 years, donating over 2,700 hours of her time. Being able to help the patients who lived there by repairing their clothes made her happy and gave her a great sense of fulfillment. Seiko was a member of Cross Church on Birdcreek and was active in the Christian Sisters church group for many years. She enjoyed sewing, crocheting, knitting, gardening, quilting, and was an avid fan of the Dallas Cowboys. She also liked watching the Houston Texans and Texas A&M games, watching tennis, sumo wrestling, and TVJapan, walking, playing Mah Jong, and playing cards at the Senior Center. Seiko loved to eat sashimi and cook and eat other Japanese foods, Taco Bell, fried chicken, and pizza. She expressed her love for her kids by cooking their favorite things when they visited.

In lieu of flowers, memorial donations may be made to Cross Church on Birdcreek; 2202 Birdcreek Drive, Temple, TX 76502.

Special thanks to the staff of Baylor Scott & White Health Center Temple for the care, comfort and support they gave during this difficult time.

To send flowers to the family, please visit our floral store.

A Memorial Tree was planted for Seiko

A few years ago, the local news did a wonderful story on Mrs. Fojtasek and her sewing at the VA. She touched so many lives. Please enjoy this sweet memory.
SHARE OBITUARY