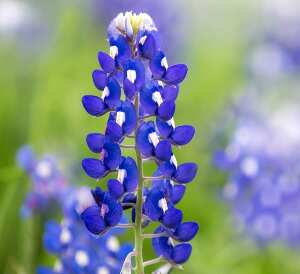 Peggy Joyce Johns-Thomasson of Eunice, NM passed into the arms of her Lord and Savior, Jesus Christ at the age of 82 on October 29, 2021 in Temple, TX.

Peggy was born on September 27, 1939 in Hydro, OK to Newton Clement and Myrtie Marcum Taylor. Most of her early life was spent in Loco Hills, NM. In 1957, she graduated from Artesia High School in Artesia, NM. Peggy and Ray Johns were married in Loco Hills on December 6, 1957, and had three children: Johnny, Lisa, and Pam. Peggy and Ray moved to Eunice, NM in 1969 and divorced in 1978.

Peggy earned her cosmetology license in 1974 and practiced until 1980.

On May 30, 1979, Peggy married Tommy Thomasson and in 1980 had their daughter, Joycelynn. Peggy and Tommy moved to Andrews in 1982 where she first worked for the local Alco, then as a medical assistant/medical biller for Dr. Armand Wiltz. After her divorce in 1994, Peggy moved back to Eunice in 1998.  Peggy continued to work for Dr. Wiltz in Andrews and retired from his practice in 2010 with 25+ years of service.

Peggy is most remembered for her quiet, unassuming nature, as well as her quick wit and sass. Friends and colleagues have joked she got her feistiness from her ability to eat a whole jalapeno with her lunches, which explained her modest, yet fiery, personality.

She loved all her children and grandchildren fiercely and prayed for them daily, though she was never one to express her hopes and concerns outwardly.

Peggy’s favorite flowers were bluebonnets, and she greatly enjoyed watching cardinals and collecting cardinal figurines. Her happiest moments involved working in her yard, dancing, fishing, and writing out recipes while trying out a few with her special touches added.

Peggy is preceded in death by her parents Newton Clement Taylor and Myrtie Marcum Taylor, her sister Jean Cornett, and her brother Clement Ray Taylor.

Harper-Talasek Funeral Home in Temple, TX is in charge of arrangements.

To send flowers to the family or plant a tree in memory of Peggy, please visit our floral store.