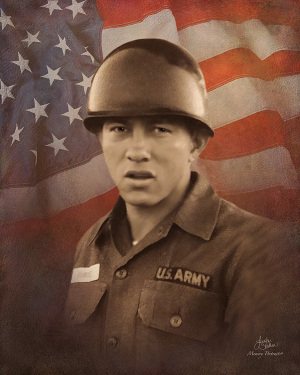 Mike R. Ramirez, 74 of Temple, left to meet his Savior Tuesday, July 14, 2020 surrounded by his loved ones. Services will be held at Harper-Talasek Funeral Home in Temple on Thursday, July 30, 2020 at 3 pm with Pastor Rudy Ochoa officiating.

Mike attended Temple schools followed by serving two years in the United States Army and six years in the Army Reserves. Mike was such a talented builder who could see a vision and build it into reality, which he did many times for his children. Mike’s early work years include working with family members at Ramirez Swimming Pools and working at Yanez Construction. Mike worked for Frank’s Jr. Construction for many years enjoying getting to see and work with his nephew, Frank, and other family members every day, until the last month of his illness.

Mike was the epitome of a family man. Younger years were spent with weekend get togethers at his house full of family members and playing baseball, volleyball, bowling and other sports. Mike also played many instruments including the guitar, piano and drums. Mike always had a smile on his face and a funny comment to share. Mike was always ready to give a helping hand to everyone. He raised his children with a gentle heart, love and respect, only using a firm voice or “the look” when needed. Everyone at home had the privilege of being awakened in the morning with him singing about mockingbirds. There was never a doubt about how much he loved his family and he had a great ability to make everyone feel loved. Mike considered his life amazing being able to be around family every day, both at work then home, and absolutely perfect with the time he had with his two great grandsons.

To send flowers to the family or plant a tree in memory of Mike R. Ramirez, please visit our floral store.