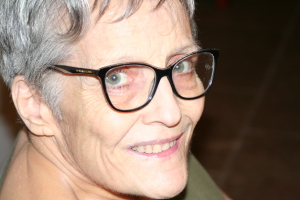 Dr. Donna Walker-Nixon, a retired professor at Baylor University, passed away Friday, September 3, 2021, in the Intensive Care Unit at Baylor Scott and White Hospital in Temple, Texas. Inurnment of her ashes will be at Oakwood Cemetery in Waco, Texas, at 2 pm Saturday, September 25, 2021, with Father David Krause officiating. A time of visitation will be held from 6-8 pm Friday, September 24, 2021 at Harper-Talasek Funeral Home in Temple.

Donna was born in Denton, Texas March 8, 1953, and grew up in Johnsville near Hico and Stephenville, Texas. She married Timothy Hobbs June 22, 2003, at Rough Creek Lodge in Glen Rose, Texas. Donna graduated from Stephenville High School and has a bachelor’s degree from Tarleton in Stephenville and a master’s degree from the University of Nebraska at Omaha. Donna received a Ph.D. in English from Texas A&M Commerce with a specialization in fiction, poetry, drama and linguistics. She was a prolific writer and editor – author of numerous novels, novellas, short stories and poems. Donna will be remembered by the many students she inspired over the years as professor of composition, creative writing and literature. She was a full professor at University of Mary Hardin Baylor in Belton, Texas, and began her teaching career at Ranger Junior College. She was senior editor of Her Texas: Story of Story, Image, Poem and Song, an anthology featuring Texas women writers and thinkers published 2015 by Wings Pres. She was also an editor of an upcoming spiritual anthology, A Fire to Light Our Tongues, scheduled to be published by TCU Press. She was a founding editor of numerous literary journals, including the Langdon Review of the Arts in Texas and Windhover: A Journal of Christian Literature. From 2004-2008 she was a co-director of Langdon Weekend, a festival of the arts in Granbury, Texas. In 2002, Dr. Walker-Nixon was honored as one of 15 Minnie Stephens Piper professors in the state of Texas. In 2001-2002 she was editor of CCTE Studies, the academic journal of the Conference of College Teachers of English. Donna was also co-editor of the New Texas series with James Ward Lee. Donna was an active member of St. Francis Episcopal Church in Temple, Texas.

To send flowers to the family or plant a tree in memory of Dr. Donna Lou Walker-Nixon, please visit our floral store.