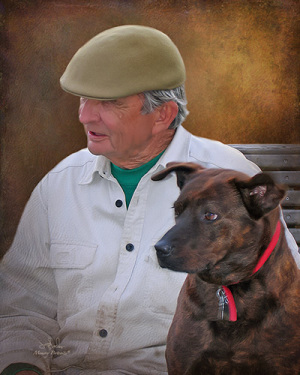 Calvin was born in Dallas on October 30, 1924.  His parents were Calvin Arthur Whatley and Pearl Riley Whatley.  Calvin was raised in Dallas with summers in Georgetown, Texas, where he met his future wife, Julia Katherine Byrom.  He was a long-time member of the Mooreville United Methodist Church.

Calvin was a veteran of World War II.  He began his service in the United States Army on February 8, 1943. Calvin attended Central Signal School, in Camp Crowder, Missouri, and became a high speed manual radio operator in German code.  Calvin then attended parachute school in Fort Benning, Georgia.  Calvin served in Company A of the 511th Parachute Infantry Regiment of the 11th Airborne of the U.S. Army.  Calvin participated in the Battle of Luzon in the Philippine Islands.  The 11th Airborne were the first troops into Japan to accept the Japanese surrender.  Calvin rose to the rank of Sergeant.  He was a recipient of the American Theater Ribbon, the Asiatic Pacific Theater Ribbon, the Philippine Liberation Ribbon, and the Victory Medal.  Calvin received an Honorable Discharge, dated March 3, 1946.

After his military service, Calvin enrolled in Southern Methodist University and then later in East Texas State Teachers College, where he received his bachelors and masters degrees in teaching and school administration.  Knowing that he would take over the family farm, Calvin also took classes in conservation and agriculture.

Calvin married Julia Katherine Byrom in June 1948, in Georgetown, Texas.  Calvin and Julia had known each other since they were 14 years old.  They remained married for over 71 years until Calvin’s death.

Calvin taught and served as school principal in Reagan for two years, and then Calvin taught sixth grade in Temple for six years.  From 1958 through 1962, Calvin and Julia served at schools for U.S. Army Dependents in the western coast of France and Bavaria and Bonn, Germany; Calvin served as the schools’ principals.

During his years as a school administrator, Calvin was the recipient of numerous awards.  In 1982, Calvin was honored with being named as a “Administrator of the Year” by the Texas Classroom Teachers Association.  In 1983, the Temple Kiwanis Club named Calvin as the recipient of the C.L. Neal Educator of the Year Award.  He received the Golden Apple Award from the Temple Daily Telegram in 1986.  In 2005, Scott Elementary School recognized Calvin’s lasting and valuable contributions to the school by dedicating a playground in his name.

Upon his retirement from teaching, Calvin became a full-time farmer on land that had been in the family since 1874.  He began carrying through with the conservation planning that began in 1952.  In 1978, the Temple Kiwanis Club honored Calvin with a conservation award from the Central Texas Soil and Water Conservation District.

Beginning with a love passed down from his mother, Calvin learned to plant Live Oak trees. They planted them in rural cemeteries, farmyards, barnyards and pasturelands.

Every school he worked at, he would involve the children in planting Live Oak Trees. They loved helping him dig the holes and watch the Live Oaks grow. Calvin has planted hundreds of trees throughout his lifetime.

Calvin dedicated his life to the love and assistance of his family, his students, and his farm.  Calvin often noted that his philosophy was to “give children encouragement to do their best by providing activities in which they can succeed, feel a part of the group, and have their ideas respected and feel admired.”

Calvin was preceded in death by his parents, Calvin and Pearl Whatley, as well as his sisters Ann Whatley Higginbotham and Nancy Whatley Mundinger.  Calvin is survived by his wife, Julia Byrom Whatley, and a loving and extended family of nieces and nephews.

The family would like to thank the wonderful staff of Canyon Creek Memory Care and Kindred Hospice, who provided outstanding support to Calvin and the family in his final months.

In lieu of flowers, the family would like memorial contributions to be made in Calvin’s name to the Calvin Whatley Playground at the Scott Elementary School, Scott Elementary Library Fund; Temple ISD, Attn: Whatley/Scott Library Memorial, PO Box 788, Temple, TX 76503, or to the Blevins Cemetery Association c/o Patsy Duty, Treasurer; CR 452, Eddy, Texas 76524.

To send flowers to the family or plant a tree in memory of Calvin Arthur Whatley, Jr., please visit our floral store.